To all my Persian and Afghan friends! We're living in quite weird times and that way I want to wish all of you and your families good health and resilience! You people definitely are having quite a lot of that, but: we're all getting older and sometimes also weaker, less immune against all odds.

Here in the West Nouruz is the calendary start of spring. But it's quite a weird one this time.

The "Corona Crisis" particularly has inflicted China and Italy quite hard.

Here with "German Angst" it reminds me a bit of China in 1989, when I travelled the country shortly after the crackdown on Tienanmen Square and the fear of civil war 20 years after Mao's cultural revolution completely paralyzed the country and its people.

Anyway - for all of you there in the Middle East, which before 911 here in Germany always
was named the "Near East": the "Spanish flu" at the end of the terrible butchery of WW 1 in 1919 here in
good ole Europe killed more people than WW 1 itself. And it was named that way only, because the Spanish press first reported about that. As Spain was neutral in WW 1 they had more of a "free press" than other countries. The virus itself came to Europe from the US.

Having said that: never mind all my Chinese and American friends.

The global recession, we're now moving into though: it's getting exploited by everyone.
Maybe it will be called the "Corona-recession" soon.

But: we will definitely have to stand up for our own safety, our freedom, our civil rights.

"Confidence" and "Safety" also of one's own self first of all is generated by "self-differentiation" of the personal ego, the own knowlwdge, the own particular experience. The act of gaining "security" though is endangered to become an increasingly passively incurring loss, when knowledge and experience of the "self-differentiated myself" aren't shared any more. When attachment figures and reference frameworks are disappearing. For whatever reason this might happen. Levels of reflection and surfaces serving as projection screens then are becoming fragmented and decreasingly readable and less perceptible signs.
The friend, who dispite of many attempts has failed to gain a foothold again in his job or another, who soon might be homeless, the sleepless refugee entrenched with the two little sons in her apartment on the other side of the  ocean: a WE that way scarcely comes together again. Nevertheless a WE is the only chance for giving US confidence and safety again. A WE or US TOGETHER cannot be found in the "realm of the shades of competition", but only in the will for cooperation. Within the semantics of suppression, acting in the range of aggressiveness to regressiveness the thin blanket of civilization is still kept slightly opaque. But a WE and US TOGETHER here cannot find a place in that permanently post- or rather intra-traumatic sphere.

Christoph Schlingensief also tells about that in an interview with Katrin Bauerfeind from 2008. When he died in August 2010, I was at San Francisco at the birth of my first son. Christoph's death then initially let me fall into deep sorrow. On the other hand: one like him stays.

This interview shows that more than many other things.

"If God was an artist, then he already has had some defaults".
Maybe. Maybe it's rather our own defaults, we have to work out as street-sweepers, artists, craftsmen and women working on sites of construction and in offices with our heads, hands and feet, male and female nurses and people on so many different places in so many different positions. Thank you.

"Levels of scale" there is another term, which definitely has to be explained more accurately here. Also in its coherence with subjects like "resistance to any advice".  Because also phenomena of that kind are interacting on different levels. On the personal level as much as on the level of groups, communities and states and their societies. And just also between generations. Communicating groups and hosts or points, who in a less positive sense aren't singular elements communicating properly with each others. "Individuals" in that case, when we take human societies and their interaction amongst each others.
Here we now might focus on the generations.

The concept of "commonly shared experiences of generations" developed by Karl Mannheim in 1928 actually stands in the way of continuous change of "Generation X, Y , Z" and other classifications of age groups by the media. Of course: every generation has to make its own experiences. "Self determination and autonomy" obverse "being heteronomous and other-directed" definitely is a decisive point.

Amongst all cracks and chasms though  in this context  it's quite important to emphasize the continuities through the ages. To encourage exchange of experiences amongst generations. This also means, that a narrative doesn't only tell about the confining and restraining differences but rather aims at finding commonalities. Then we soon eventually find surprising intersections between completely different age groups and their life scripts. Their wishes and longings as much as the realities, they are or they have been facing through different times. Besides of that: We're all growing older. Our life expectancy is growing. For an aging human, who has witnessed many "shared experiences of generations" in the midst of them and then later also rather from outside nothing is more important as a remedy against dementia and Alzheimer and other serious age-related diseases than sharing that experience with his or her later-born descendants: "It's going on. And everything will be fine."

"Resistance to any advice" apparently is something like the "little democratic sister" of "ignorance combined with the permanent threat of capital punishment" of oligarch governance up to open tyranny.

Just within the oligarchic forms of governance there's not only assassination, but there opponents are massacred discretely and tricky on open stage. As everyone though claims his or her "democratic character" and works on a) assassinations to never get published or b) directly pointing at other events and per se, the enemy "resistance to any advice" nowadays in democratic processes unfortunately plays a far bigger role than we might like it to play.

The eternal presence of cacophony of everyday gossipping creates the random noise, behind which everything is disappearing. Experiences from flawed procedures of the past cannot and must not be, because a) the past per se is owned by the creators of the random noise and b) these mistakes could rather disturb the random noise too much. C) The enemy could profit from that weakness. And he or she's everywhere. Also breathing down one's neck.

Fake calibrations at table-top radios from the Third Reich, thus moments, where the cacophony comes along too transverse and sometimes even in an ear-piercing way immediately need to be balanced and dubbed with new stakkatos - crescendi sforzandi up to fortissimi. Also euphonious harmonies rather sourcing from "common sense" then can be found. In the amok run though of stumbling basic noise "resistance to any advice" soon gets a grip on the listener of statistic-empirical data at table-top radios from the Fourth or maybe already Fifth Reich. At the end of the day the officers and willful helpers of the democratic process are only just humans. And they also close their ears, when it's getting too much. Well paid. But "ignorance combined with the permanent threat of capital punishment" of "free market economy" hiding behind the revolving door keeps much bigger promises. Insofar "resistance to any advice" is also an "adornment of democratic modesty" promising a greater future. 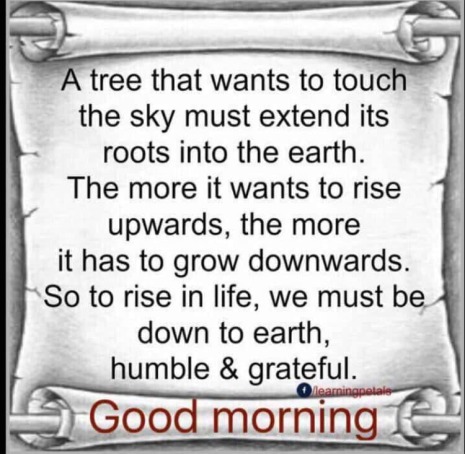 One of my most important partners and friends at Kabul has sent me that message, after I was desperate once more after another rather frustrating end of negotiations.

Looking at the bigger picture. And going beyond that. And more.

Ending war and fighting for peace first of all requires this humbleness.

The German word "De-Mut" as translation for "humbleness" also has nothing to do with the English word "humiliation". For getting to "De-courage" it's most important, just to develop some courage first. And to demonstrate that. Leaving the anxious defilade of power politics by military strategics. Getting into the memoralization of our ancestors. Praising and honoring them.

Without that "De-courage" wars in Lybia, Yemen, Syria and at other places in the Near and Middle East will last eternally. And they will cause the failure not only of these countries.

Never forget Afghanistan and its people!
Never try the patience of proud and honorable people!

About White Elephants, Hammers and Nails

In „The Situation Is Hopeless, But Not Serious: The Pursuit of Unhappiness“
Paul Watzlawick describes a nice scene:

A man is standing at a street corner and clapping into his hands. Another man comes by and
asks him, why he's doing so. He answers:

"I'm chasing away the elephants!"

The other man is looking around and then again looks at the clapping one:

"But here aren't any elephants around!"

The still clapping one answering:

„When the only tool you have is a hammer, then every problem must be a nail."

White elephants are more or less, what caller in the desert are seeing. Cassandra, whose warnings are unheard is such a caller into the desert. The curse by Apollo is darkening the sky.

In times, where a step through a flat puddle already can cause you loosing your leg, there are white elephants everywhere. When the false step into the dark wet doesn't make you loose your mind, but "only" takes you a leg, then there should be still some glimpse of hope. When the puddles aren't seen any more because you're afraid, that the false step will cost your job, the desert isn't too far any more.

The creeks and rivers then are about to dry out. The curse by Apollo then might last eternally.

After many things I tried, attempted and requested in the old decade I'm now starting to continue one page with "my diary of the 20's of the 21st century".

"Joy, beautiful spark of Divinity" from Beethoven's Nineth and "Melancholy of the Infinite Sadness" by the

Smashing Pumpkins are meeting there. The Tenth actually since the Viennese guy from Bonn is the horror of any composer. A sonic barrier for the deaf. Here and there.

If my soul there with these daily recordings of mental states is alone: I cannot tell. It doesn't matter anyway. The cartography of wounded souls might depict some elective affinities. Maybe some people might discover that.

The whole thing will be edited both in German and English. Just regarding the time needed I won't be able to do that as well in Italian and Farsi, better Dari, those languages I also love a lot. Ultimately a diary is something like an intimate. Something like a prayer. Something confidential. Deeply confidential. And a prayer helps to clean the soul for the day. Clearing the dirt, the Froth on the Daydream couldn't wash away.