As a “group of people sharing the same interests” in Germany you first found an association. That a single member – an individual with an own personal history doesn’t agree with everything – that’s quite obvious. A charter is just the platform, under which you come together. Many subjects you might perhaps not comprehend, because many things relate to highly specialized – or highly individual “knowledge, based on experience” of one or several founders.

Nonetheless – or – even more – because of that ANY U P A E  shall soon be founded as an association. It’s dealing with the interests of an always increasing number of people in society, which shall be mediated with strong commitments, ruling everything.

City and regional planning contains existential forms of “services for the public”. In regard of “crisis”, overlaying each other there’s a need for multiple initiatives – multiple stimulations for unlocking “new ways” in and around these themes. Ways, which concern public weal and are targeting on consensus and unveil possibilities for activating or “reanimating the social components of our market economy”.

In addition to that – the instrument of the competition for matching the need of “affordable living space” and for finally increasing efficiency of city and regional planning in a smarter way – it’s more than reasonable. In view of Europe’s situation – European legislation and the Basic Constitutional Law with its many legal spheres it even appears as a most urgently required “moment of truth” for demanding again the reinstallation of “functional hierarchies of laws” – in the federal sense also as “competitive legislation”.

With a “crowd funding-campaign“ at the German platform “Startnext” I aim at being enabled to print and self-publish “Fragmented Urban Development 201_” and the other books mentioned here. Particularly the first mentioned book bundles a lot of “knowledge gained by experience” in singular case studies from “real life” worked out by me, Stefan Frischauf, association founder and “impulse generator” here.

In the final analysis the book also constitutes some kind of “platform and curriculum” for the here introduced “Schools for International and Inter-Cultural Development Collaboration (S I n I C C o l)” – and for other here represented „initiatives und impulses“.

Some might get angry – some might get overloaded regarding the fact, that therein different spheres and departments shall overall be linked – that like in any kind of reasonable “project management” experience from socio-economical background, building technology and structure, from the socio-ecological field, from international and inter-cultural values shall be established here together. But it appears more and more as a “moment of truth” to proceed more pragmatically in that sense – also within the “materialization of ideas” – what actually is the core of architecture and urban or city planning. 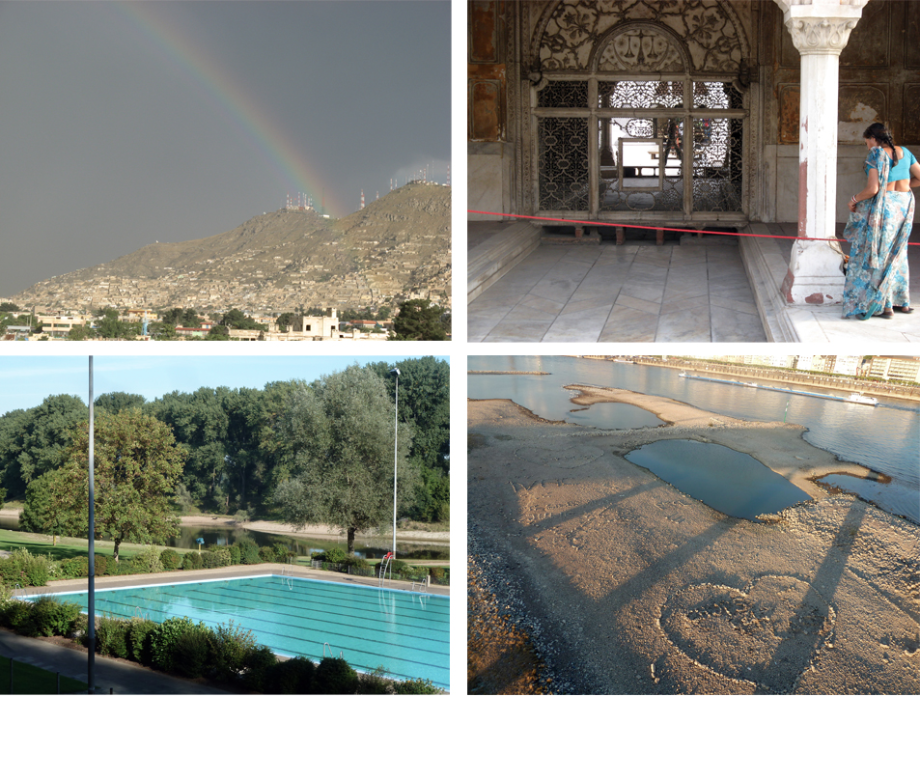 Regarding any kind of planning the future is just a “temporary window of opportunity” in the stream of events between presence and past.

An idea just becomes a load-bearing and efficient reasonable concept for society as a whole in the city and on the countryside by many factors and elements – first of all by participation and attendance of many people.

The “extended architectural term” that way depicts a challenge for every singular individual – every singular inhabitant of the “Global City”. The street sweeper, who does a good job therein is as important as the decision-maker in the correspondent boards. Perhaps the street sweeper also often has accepted his role in a more serious way then many officials in many town halls.

But – at the end of the day every human should be adaptive and first of all - willing to learn and to work in a team.

In the next but one step then the then assembled association ANY U P A E  e.V.  shall be founded as “Non Governmental Organization – NGO”.

Further on many “multiplicators” – partners and supporters and - the extract from the register of associations shall be listed up here.

Many thanks for your interest and your time – even more – for your confidence.

Images from Düsseldorf (bottom – swimming pool blue located at the shore of a silent river arm and the Rhine’s left wetlands’ bank opposite of the Old Town and the promenade).

Top left – the peak of “TV Hill” with a height of 2300 m above the city of Kabul located in the valley at 1800 m above sea level. At the hillsides the “informal settlements”, which make around 70 % of buildings of the fastest growing town in Central Asia.

Right – inside of the UNESCO-World Heritage Site “Red Fort” at Delhi. Just at second glance it becomes evident, that water games here are run dry. The Yamuna – the river, from where originally the water was pumped up to the Red Fort here leads a pitiable existence, which some journalists let intone the “Mourning a River”.