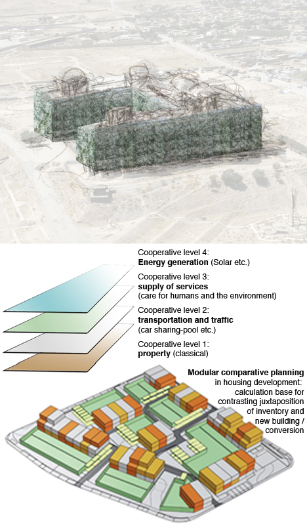 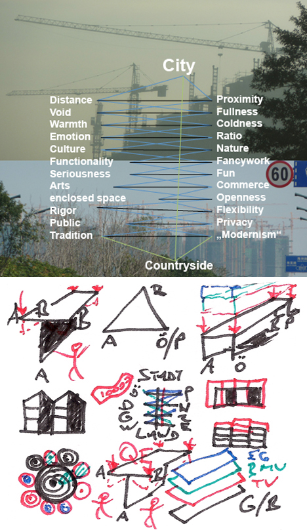 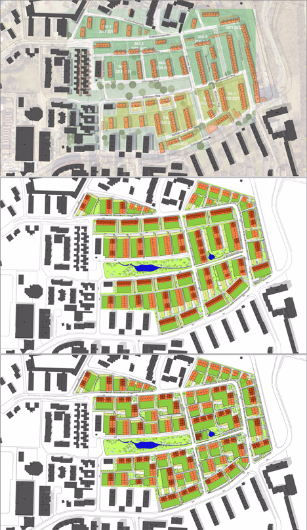 What can be done for finally understanding the „Crisis“ as Chances?

The Cliché of the "genial builder", who’s sitting there alone in his studio and designs that way doesn’t work any more at all since some time. Architects and urban planners mostly plan privately assigned services in public space.

The “public space” – which definitely can be called “social space” as well is liable to multiple impacts and interests. Insofar that requires many ways of “participation” and “early involvement of the public” for including citizens and neighborhood members and for communicating competent planning and implementation. And for moderating that.

ANY U P A E  ANY Urban Planners Architects and Engineers*
shall therein mediate as a networking partner, who bundles expertise all around building, planning and project development. Transparency in contracting and development of sustainable projects correspondent to the place’s demands – the needs of citizens and neighborhoods therein are some crucial points. The “classic builder-owner” here shall be represented by groups of builders and citizens – officers of public authorities and private investors in a moderated development process “on eye-level”. That way the most reasonable alternatives for spatial and social development here and now shall be discussed together with the corresponding core competence and shall be moved forward to become mature proposals.

Often this also requires to awake waste laying potentials and to take initiative for coordinating public and private – “strong and weak interests”. That way “structural change” shall be promoted, which strengthens places – cities as much as the region and reveals new future perspectives – for humans here and there as much as for our built environment.

Summarized Initiatives - Mediation and Moderation of building processes and project development on community and federal level are our significantly pursued service offers. Sometimes besides of those rather moderating tasks we also intend to act as “catalyst” – as pragmatic activator of building and planning processes.

These days ANY U P A E is prepared as e.V. – as an association according to German law –
thus as a subsidized organization.

Images here from Kabul – one of the many wasteland spaces called “Maidan”, which had been densely built clusters before they were destroyed in the civil war 1990-92 (96) in part of the Old Town with the excavated foundations of the Quarter’s spokesman’s house – drawing section from the measurement plan for a “pilot project for urban and rural spaces in Afghanistan” – “sustainable urban water management for Murad Khane / Kabul Old Town“ (2009 / 10).

This is also reconsidered deeper in the third big chapter of “Fragmented Urban Development 201_” - “2. Strategies towards “Composition and Rebuilding of the Global City” 201_ in (South-) Eastern Realms – focus Central Asia – Afghanistan”.