The wars particularly in the "Middle East" - Europe's "Near East" these days come with increasing numbers of refugees closer to Central Europe – especially to Germany. Also so called “economic refugees” therein often are members of discriminated minorities without any rights in their home countries.

Regarding the countries of origin of refugees should be amended, that there rather archaic structures, based on “blood bonds” and clanship prevail. That also means, that amongst many other things the respect for the experience of elders is quite essential.

A school and research institute, where the foundations for “International and Inter-Cultural Development Collaboration” are laid out and further on proceeded against this background  insofar also wants to bring together these two groups:

1.      from the side of the locals: competent – skilled and knowledgeable senior experts as “teachers and mediators”. These shall together with established forces from adult teaching and university education form a “didactic framework”. Also local scholars and students shall be admitted.

2.      Newcomers – humans, who naturally partly as war refugees have lived through many things, most average citizens in Germany might only know from narrations by grand- or even grand-grand-parents. Humans, who now need to find orientation in a completely foreign country, but who mostly are very “thirsty for knowledge”. 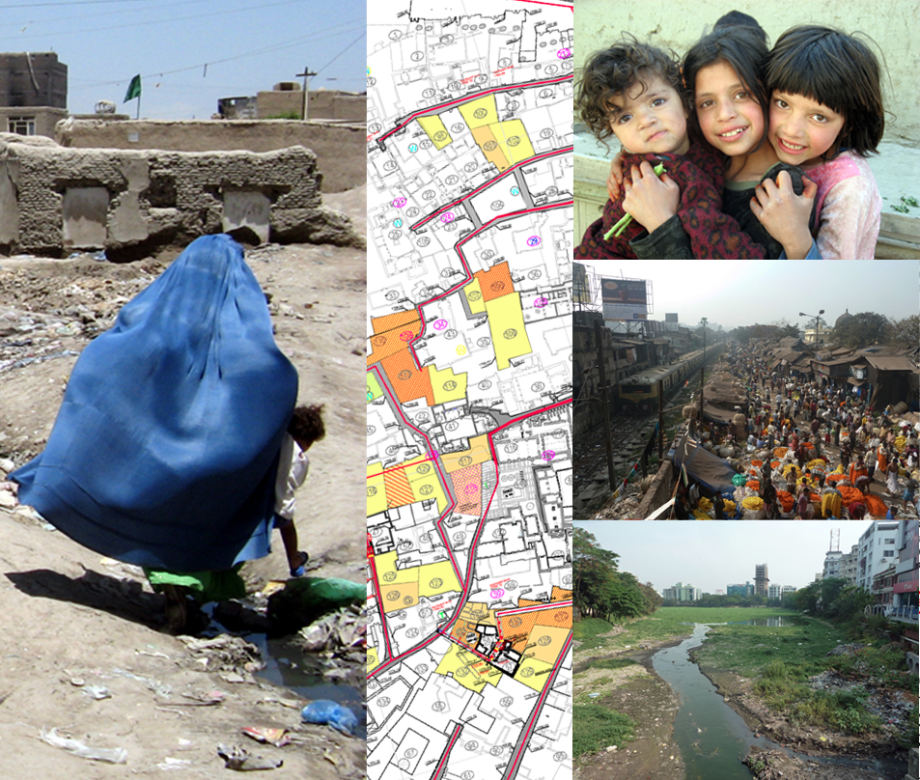 Having said that the following faculties shall be taught and elaborated together both in English and German – parallel to “German for foreigner’s Courses” – always with the focus on “International and Inter-Cultural Development Collaboration”:

-        Social sciences – the state and social forms of (self-) organization

-        Informatics – Media and their use – communication and behavior

Also for this approach – for this initiative many of my experiences – particularly those made in Afghanistan 2009 / 10 are decisive.

The second of the four big chapters in my book “Fragmented Urban Development 201_” also has the title “Strategies towards “Composition and Rebuilding of the Global City” 201_ in (South-) Eastern Realms – focus Central Asia – Afghanistan”.

Basically it’s always about regarding humans against the background of their own cultural space and that way decreasing anxiety and fears and even to learn from each other. That way accompanying “help for helping yourself” on eye level – and just no governing and dependence shall be enabled. Pledges and letters of awareness shall help to avoid abuse at the begin of studies.

The School shall also become a cultural exchange forum – a research, teaching and meeting space for humans of different social and ethnical origins.

First a certification for a three year Bachelor course at the German State Nordrhein-Westfalen is pursued. Later this shall be extended within a Master-program primarily for the equivalent faculties and contents.

The location of this first school of that kind – at Düsseldorf on the Rhine – bordering the Ruhr Mining area – one of the biggest urban agglomerations in Europe shall in addition to that also create (supra-) regional economical and cultural impacts.

Images - left: Testimonies of destruction from the Civil war 1990-92 /(96) in the originally densely built settlement cluster of the Afghan capital - Kabul‘s Old Town (2009)

Here another tip to my book “Fragmented Urban Development 201_” – in particular “2. Strategies towards “Composition and Rebuilding of the Global City” 201_ in (South-) Eastern Realms – focus Central Asia – Afghanistan” and the last of four bigger chapters “3. Synopsis – “Social and Global City” 201_ - further developments – perspectives between Europe, South Asia (India, Bangladesh) and East Asia (China)” shall be permitted.